Approvals and awards of the Permanent-Transfer-System® 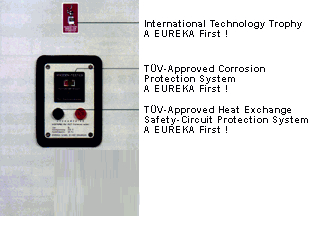 In 1980 the Permanent Transfer System® was granted approval by the German Agricultural Association (DLG). The first in Germany to achieve this! This was followed by approval of the Department of Energy in the Canton of Bern, Switzerland. During their approval testing they measured the standing heat losses to be less than even their stringent requirements allowed!

The German Institute of Refrigeration Engineers (VDKF) has also awarded a Permanent Transfer System® installation with the Josef Biber Prize for advanced energy-saving technology. In 1993, in Great Britain, Eureka received First Prize in the PEP ( Power for Efficiency and Productivity ) Award Competition. 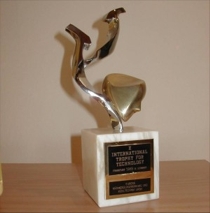 Internationale Trophy for Technology – as First in Europe